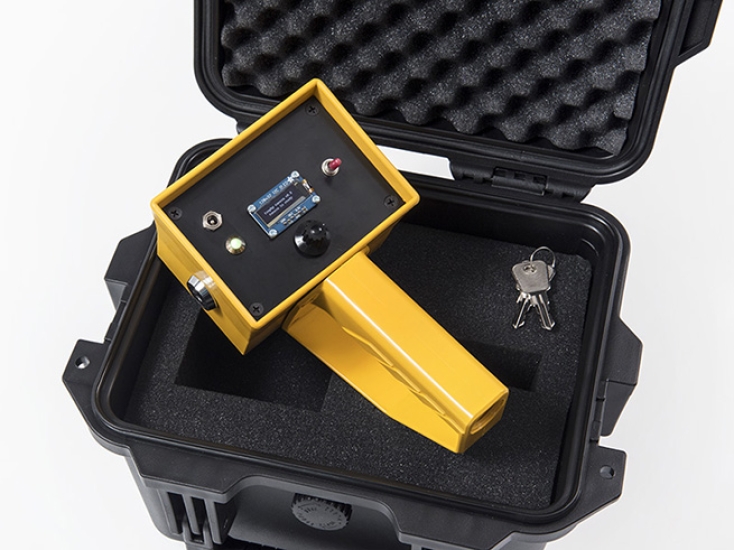 The first prototype of an A.I. powered camera that only makes award winning pictures.
This A.I. powered camera, without a viewfinder or a screen, has been trained by all previous winning World Press Photo’s of the Year, from 1955 to the present. Based on the identification of labeled patterns, the camera is programmed to recognise, make and save only winning photos, which are automatically uploaded to the dedicated website: trophy.camera
Composed from various computer vision software, the A.I. camera judges the photos it makes and compares them to a dataset consisting of hundreds of assigned labels. It then attributes a correlation value to it, giving the newly produced photo a percentage score on how much chance it has to win the next World Press Photo award. If the score is above 90%, the camera automatically uploads the image to the dedicated website, but anything less is immediately deleted.
Produced on the occasion of the exhibition Braakland, FOMU, Antwerp, Belgium, April 2017. Max Pinckers is affiliated as a researcher to KASK / School of Arts of University College Ghent. Trophy Camera was part of his research project that was financed by the Arts Research Fund of University College Ghent, Belgium. Permanent Collection, Fotomuseum FOMU, Antwerp.
Reference texts & reviews:
Kayle Crosson, World Press Photo Witness, online, 2018
Brad Feuerhelm, American Suburb X, online, 2017
Katherine Oktober Matthews, GUP Magazine, The Netherlands, August 2017
Diana Budds, Co.Design, online, May 2017
Video:
Trophy Camera v0.9: Deep Learning-Based Image Recognition