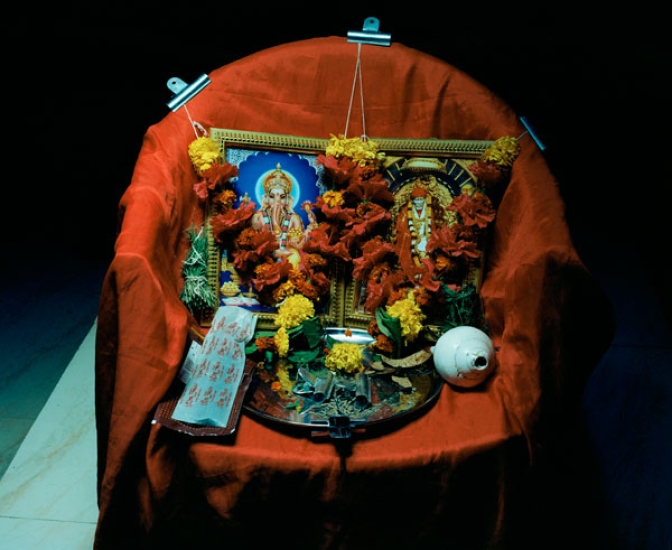 The Fourth Wall attempts to reveal the influence of fiction on reality through the devotion to cinema in India. Passerby’s in the streets of Mumbai become actors by spontaneously choosing their own roles to perform for the camera. Conscious of the power of images, they give it their all, reflecting on their silver screen dreams by embracing their collective visual world and creating their own brief moments of suspension of disbelief. By weaving these performative photographs with still-lives made on actual movie sets, and newspaper articles that deal with some form of transgression between fantasy and reality, the distinction between fiction and fact become blurred and unimportant.
The work’s title refers to a different kind of rupture between reality and the celluloid world. A theatre stage consists of three walls; left, right and back. The fourth wall represents the imaginary screen through which the audience looks at the scenes unfold on stage. The actors, conscious of this barrier, tend to break through it now and then by hinting at their own fiction, acknowledging the camera and the act.